December 21-23: Where Hope Lives at Times Square Church at the Mark Hellinger Theatre

December 13: SING! An Irish Christmas with the Getty's and Times Square Church Singers at Carnegie Hall

May 11: Gerald in 'Who We Are' NYU Graduate Musical Theatre Writing (Reading)

December: Presented reading of original musical DRAWN FROM THE WATER at Renew Queens

June: Appeared in THE POST directed by Steven Spielberg with Tom Hanks and Meryl Streep.

March: Appeared on The Americans (Stand-In)

December: Appeared on Spike Lee's She's Gotta Have It

September: Appeared on The Deuce with HBO

September 6: Appeared on Mozart in the Jungle, SEason 4 Episode 10

August: Appeared on Z: The Beginning of Everything, Episode 110 Best of All

April: Recipient of National Fund grant from National Alliance for Musical Theatre (DRAWN FROM THE WATER)

March 23 -April24: Will play the role of the Wiz in The Wiz at the Alhambra Dinner Theatre

January 2016: Will present HARLEM OF THE SOUTH for 4 performances in Jacksonville, FL

December 2015: Recipient of the 2016 Spark Grant to present HARLEM OF THE SOUTH

December 1: Recipient of the Art Ventures Award from the Community Foundation of Northeast Florida.

July: Recipient of an Arts Ventures grant from the Community Foundation for Northeast Florida to complete music for Darryl Reuben Hall's DRAWN FROM THE WATER.

May 9-11: Producing THE COLORED MUSEUM By George C. Wolfe at Stage Aurora

March 17-May 4: Starring as The Wiz in THE WIZ at American Stage (St. Petersburg, FL)

March 26-April 6: Producing A RAISIN IN THE SUN at Stage Aurora

December: Taped RUN ALL NIGHT with Liam Neeson and Common

May 2013: Directing CROWNS by Regina Taylor for Mother's Day

April 2013: Directing and Staging THE ME NOBODY KNOWS by William Holt

January 20 -Reading of LOVE IT by Hope Clarke in NYC

November 17 & 18 -Director and Remount of THE COLOR PURPLE at Stage Aurora Theatrical Co.

October 11-12, 2012 -Producer of the (Broadway) Workshop of ONE FOR MY BABY directed/choreographed by Scott Thompson.

April -May Featured as THE WIZ in THE WIZ at Stage Aurora Theatrical Company May 11-13, 2012 located at the Stage Aurora Performance Hall inside Gateway Mall. Actor appears courtesy of Actors' Equity Association.

March 2011 -Produced FOR COLORED GIRLS WHO HAVE CONSIDERED... at Stage Aurora 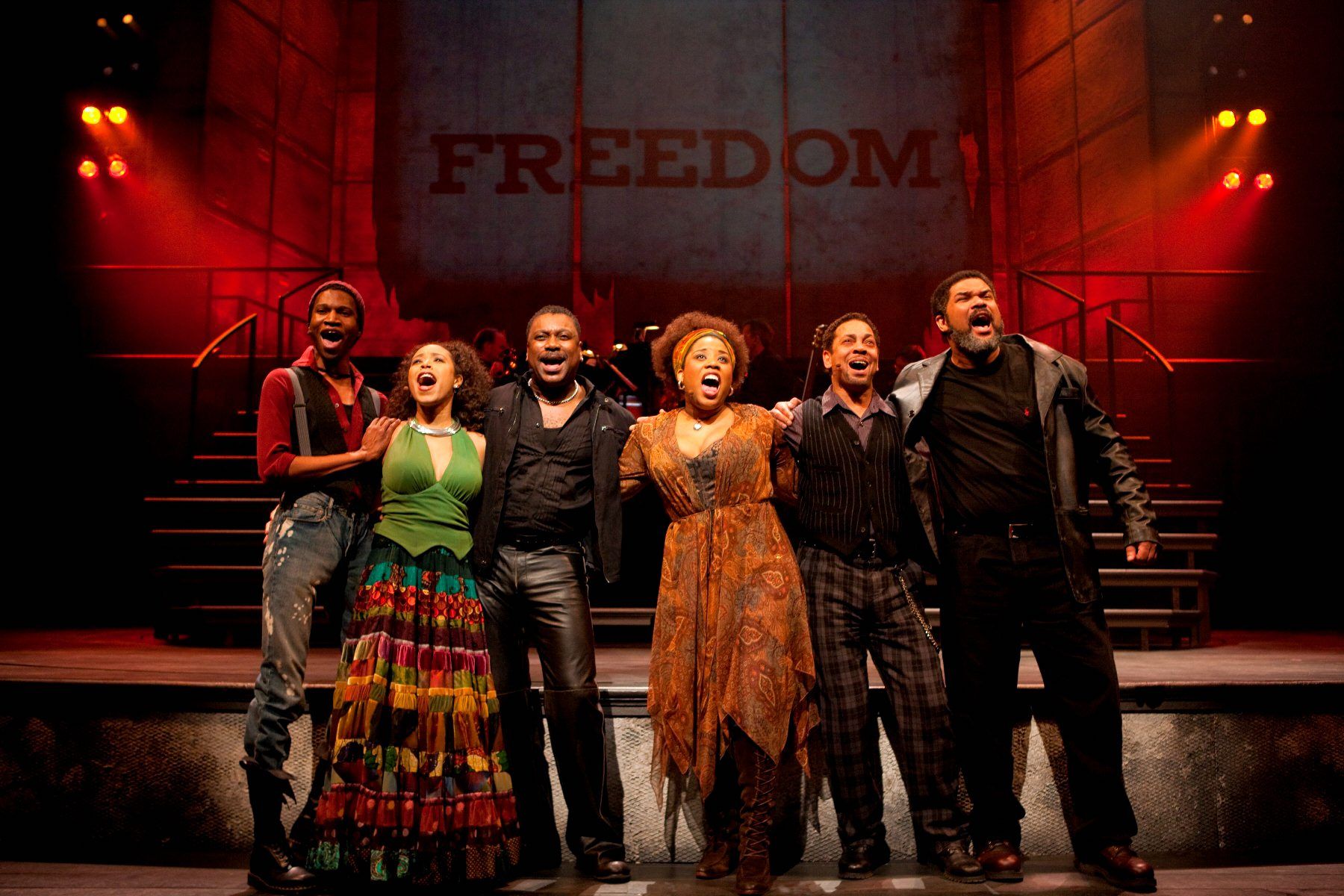 Darryl will begin rehearsals as JOHN in MISS SAIGON at the Actor's Playhouse Feb. 9 -April 4

Darryl Reuben Hall will play Paul in KISS ME, KATE at the Music Theatre of Wichita July 8-12

"This website is funded in part by the Dept. of State Florida DCA Artist Enhancement grant".